U.S. Mission to the United Nations: Remarks at a UN Security Council Briefing on ICC Investigations in Sudan 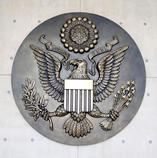 Thank you, Mr. President. And thank you, Prosecutor Bensouda, for your briefing today. The United States appreciates your efforts to bring justice to the people of Darfur. We look forward to seeing further progress with the start of the trial of Abdallah Banda, who is alleged to be among those responsible for the deaths of 12 African Union peacekeepers.

The continued work of the ICC in investigating ongoing war crimes and crimes against humanity in Darfur is made more difficult by the alarming levels of violence and the persistent failure of the Government of Sudan to abide by its obligations under Security Council resolution 1593 to cooperate fully with the ICC.

While the people of Darfur continue to await justice, the architects of the campaign of terror who bear the greatest responsibility for atrocities in Darfur go free. The consequences of this impunity are clear. Although the world first became aware of crimes in Darfur a decade ago, the government continues to use apparently indiscriminate aerial bombardments with deadly consequences for civilians. Violence in Darfur continues to escalate as paramilitary Rapid Support Force soldiers kill, loot, burn, and rape. This year, over 322,000 Darfuris have been forced from their homes, worsening a humanitarian crisis that has been compounded by humanitarian groups’ lack of access.

Unsurprisingly, the violence has spread beyond Darfur’s borders. We are outraged by reports of ongoing indiscriminate attacks, as well as targeted attacks against civilians, hospitals, and schools, in South Kordofan and Blue Nile states. These attacks have resulted in over 100,000 new displacements since May, interrupting the planting season.

The Government of Sudan has also not honored its commitments to justice and accountability under the Doha Document for Peace in Darfur. We have yet to see any credible, independent investigations into violations of international humanitarian law or violations of human rights, much less any cases for such acts prosecuted in the Special Courts for Darfur. Instead, we continue to see protracted assaults against civilians, peacekeepers, and humanitarian aid workers. If Sudan is to enjoy a peaceful, stable, and prosperous future, the government cannot be indifferent to the lives of its people.

But it is not just the Government of Sudan that has failed to live up to its commitments. We note the decisions issued by the ICC’s Pre-Trial Chamber with respect to non-cooperation in the Darfur situation. As the report by the Office of the Prosecutor notes, President Bashir has traveled internationally on at least six occasions in as many months.

We note that African people have not always welcomed his visits. Last year, public protests and actions to compel President Bashir’s arrest caused him to depart one country before he was able to make an appearance and activists in another country filed petitions to demand President Bashir’s apprehension and transfer to The Hague. The Security Council should take a cue from these groups and do more to follow up on implementation of Resolution 1593, as inaction only emboldens perpetrators in Sudan and elsewhere.

In closing, the United States continues to believe that working to ensure justice and accountability for war crimes, crimes against humanity, and genocide is not just a moral obligation, but is integral to ensuring a lasting and durable peace in Sudan. We will continue to support Prosecutor Bensouda and the ICC’s efforts to bring to justice those most responsible for serious crimes in Darfur.

U.S. Mission to the United Nations: Statement on the Government of Sudan's Targeted Attacks on Civilians, June 12, 2014

The United Sates condemns in the strongest possible terms attacks by the Government of Sudan and its Rapid Support Forces (RSF) against civilians in South Kordofan and Blue Nile. Since April, not only have ground attacks on, and the shelling of, civilian populations increased, but the Government of Sudan has intensified its air campaign, dropping hundreds of barrel bombs and other ordinance on Sudanese towns and villages, deliberately targeting hospitals and schools. We are also disturbed by recent reports of aerial bombings targeting civilian humanitarian assistance workers – which, if accurate, would be a serious violation of international law and would compound the impediments that the government has already placed on the delivery of humanitarian assistance to those in need.

The uptick in violence in South Kordofan and Blue Nile has displaced or severely affected approximately 1.2 million people; it has increased the population’s vulnerability to disease and malnutrition; and it has disrupted planting cycles, which will only compound food insecurity in the regions. Non-governmental organizations operating in Sudan report that the RSF has looted and destroyed food and water supplies in areas recaptured from opposition forces; the Government of Sudan has denied humanitarian access to rebel-held areas since the conflict began nearly three years ago. We have also seen these tactics used recently in Darfur, displacing over 300,000 people this year.

The United States calls on all armed groups in Sudan to cease all violence against civilians and comply with international law. We note the Government of Sudan has a special responsibility in this regard as it is charged with the protection of its citizens. We urge the international community and the UN Security Council to ensure that those responsible for these attacks on civilians are held accountable and that all available mechanisms for doing so are effectively utilized.