On 31 March 2005, the United Nations Security Council voted to refer the situation in Darfur, Sudan to the International Criminal Court (ICC). After the ICC issued two warrants of arrest against Sudan's President Bashir, some states parties announced that Bashir would be arrested if he travelled into their territory while other state parties ignored their obligation to cooperate.

Bashir expanded his genocidal campaign to other marginalized areas in Sudan; today, the unarmed civilians in Darfur, South Kordofan, the Blue Nile state, and Abyei are being targeted.

Recently, it was reported that 200 women and girls were raped in Tabit, North Darfur, by government soldiers on 31 October 2014. UNAMID failed in their fact-finding mission and to protect civilians and themselves in Sudan; UN failed to hold UNAMID and DPKO accountable for false reports; and UNSC failed to enforce the ICC warrants of arrest and to hold the States Parties accountable by sanctioning them (the UNSC failed to accept the ICC filed non-cooperation documents). 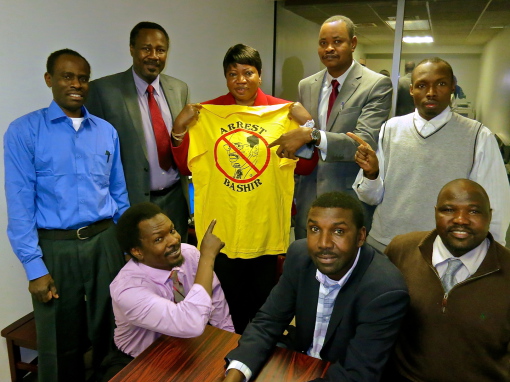 We, the Darfur People's Association of New York and the International Criminal Court, support the enforcement of the arrest warrants (15 December 2015/New York City)

DAVID PRESSMAN (United States) said the current year “marked a truly sad milestone”.  It had been 10 years since the Council urged the Government of Sudan to seek a peaceful resolution to the conflict, and when it failed to do so, the Council had taken the historic step of referring the situation to Court.  Over the past decade, the world had shown that it would combat impunity, bringing to justice a range of perpetrators from Charles Taylor in Liberia to the senior leaders of the Khmer Rouge regime.  But the progress that had occurred elsewhere had bypassed Darfur.  The Sudanese Government’s lack of cooperation was so profound that a cooperation request from the Prosecutor regarding one of the indictees was returned to the Court, “envelope unopened”.  The United States was deeply concerned about the mass rape in Thabit, which had not been fully investigated.  The Government of Sudan must remove all obstacles to UNAMID’s full discharge of its mandate.  The Mission had played a critical role in monitoring the facts on the ground.  The Mission’s engagement with the public must be open and forthcoming.  Justice could not bring back the lives lost, but it served as a foundation for healing.  The Sudanese people had waited far too long to see the crimes against them punished.